Get the "Build to Rent Australia" report for property developers.

This Landcom repport (2019) looks at how is the BtR concept being interpreted and defined in Australia.

At least in its initial incarnation, mainstream market BtR is being generally interpreted as a fairly ‘high end’ product that will involve large
developments sited in relatively prestigious locations.

This is related to the ‘premium market provider’ status of the developers who have so far taken the strongest interest in this possible new line of business.

It also follows from senior executive exposure to US multifamily housing projects which tend to cater for an up-market demand cohort.

At least among some stakeholders, it is anticipated that –having established ‘proof of concept’ – future BtR projects will become more diverse in terms of market targeting and location. 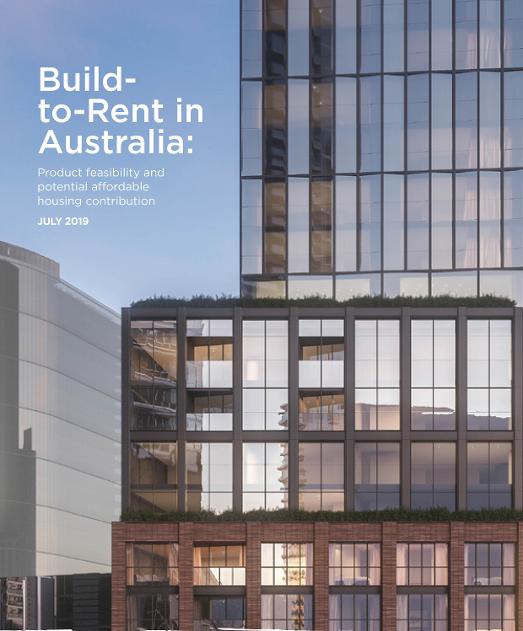 Although the report was written in 2019, it has been extremely accurate as the formation of BTR in Australia:

• Coinciding with shifts in international investment markets, developments in Australia’s demographic profile and ‘residential consumer’ sentiment have recently combined to enhance the prospects for the emergence of a ‘mainstream market’ Build-to-Rent (BtR) sector.

• Antecedents to (BtR) developments in Australia include the corresponding US and UK sectors, of which Australian stakeholders are increasingly aware; Australian commercial property sectors, in which international investors are increasingly active; and forerunners such as Meriton’s rental business and purpose-built student accommodation (PBSA).

PBSA has already generated over 90,000 newly-built units in Australia’s cities over the past 10-15 years

•Pipeline BtR projects may presage the emergence of a significant new component within Australia’s housing market.

Under current Australian housing market conditions and policy settings, however, it remains difficult to envisage any rapid BtR take-off of the kind seen in the UK in recent years, or the establishment of a large and highlyembedded purpose-built-for-market-rental
industry as in the USA.

• Although Australian BtR project returns are impaired by both market conditions and policy settings, the industry tends to
focus on the latter; highlighted in particular are land tax, GST and income tax as it affects overseas investors utilising Managed
Investment Trust (MIT) vehicles.

• Of these policy levers, evidence suggests that the single most significant impact on BtR returns would arise through re-balancing
state/territory government land taxes to incentivise purpose-built professionallymanaged rental (as opposed to small-scale
letting of existing properties)

• Except where supported by some form of public subsidy or under rezoning, BtR will not generate affordable housing. Nor will it significantly ease wider housing affordability. However, it has the potential to fulfil other important public policy goals –including widened housing diversity, higher construction and management standards and a more secure form of private rental housing. It could also beneficially introduce a counter-cyclical economic component into the otherwise volatile residential construction
industry.

Therefore, a legitimate case can be made for facilitating the establishment and expansion of a BtR sector in Australia.

Aurient Limited is a private Australian real estate management, research and consultancy company, with a focus on Australian commercial and Build to Rent assets.

For Property Developers and Qualified, Wholesale and Professional Investors